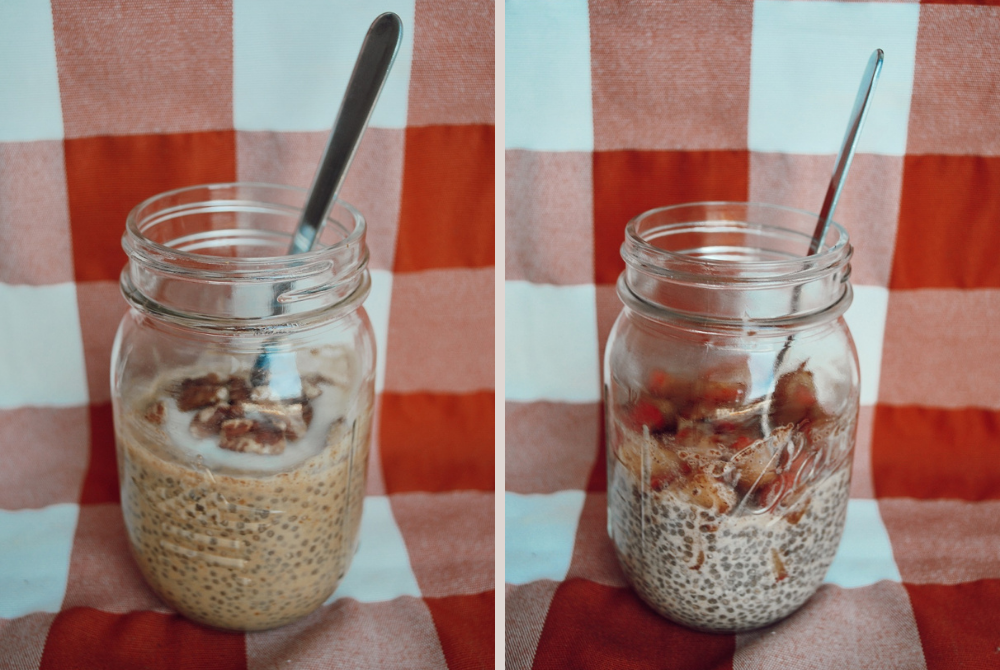 One treat I look forward to every holiday season is a good slice of pumpkin and apple pie. There’s something about their spices and ingredients mixed with some cold Cool Whip that just sends you to heaven with each bite. In honor of the holiday season, I thought I’d incorporate these holiday desserts into an amazing on-the-go snack or holiday treat recipe: Apple Pie & Pumpkin Pie Chia Seed Pudding!

Chia seed pudding is also a great choice for breakfast on the go and can be prepared ahead of time. You can customize your pudding with different flavors and toppings that you have on hand. I once made chocolate chia seed pudding and it was so delicious!

You can add chia seeds to almost anything to add some health benefits to your meal. I love adding them on top of peanut butter toast! When it comes to both pumpkin pie and apple pie chia seed pudding, the base ingredients are the same, but the spices and toppings are a little different!

Making this recipe is super easy! For pumpkin pie chia seed pudding, combine chia seeds, milk, vanilla, maple syrup, pumpkin puree, and pumpkin pie spice in a container with a lid. Make sure to stir very well so the chia seeds don’t clump at the bottom. Place the container in the fridge for at least 2 hours or overnight. The chia seeds will soak and expand, creating that pudding-like texture.

TIP: After an hour of it being in the fridge I like to stir it once more to really get everything blended.

Once you are ready to serve, add a dollop or two of some coconut vanilla yogurt (or any yogurt of choice) to act like your Cool Whip. For some crunch, I like to add some pecans on top!

For the apple pie chia seed pudding, mix the chia seeds, almond milk, vanilla, maple syrup, and apple pie spice in a container with a lid. Stir well and place in the fridge for 2 hours or overnight. Essentially, the instructions are the same as preparing the pumpkin pie chia seed pudding, simply supplement the ingredients below. As for the warm apple topping, check out the additional preparation instructions further down!

For the cinnamon apple topping, start by heating up a medium pan with some coconut oil. Chop up half of an apple into small bite-size pieces and add to the pan. Add cinnamon and simmer until the apples become soft. Add this topping to your pudding when you are ready to serve or ahead of time and have it cold!

There you have it, apple pie and pumpkin pie chia seed pudding! I hope you give it a try and enjoy this tasty holiday treat turned into breakfast. Tweak the recipe, make it your own and pin the recipe below to save for later!

Pin It For Later! 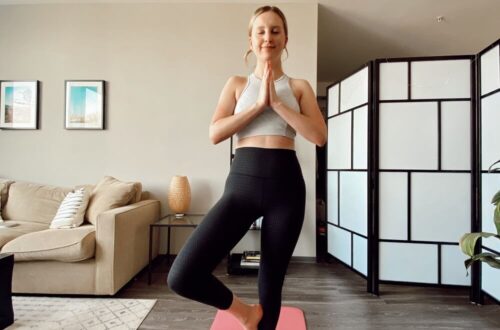 I Did Yoga for 30 Days and Here’s What Happened 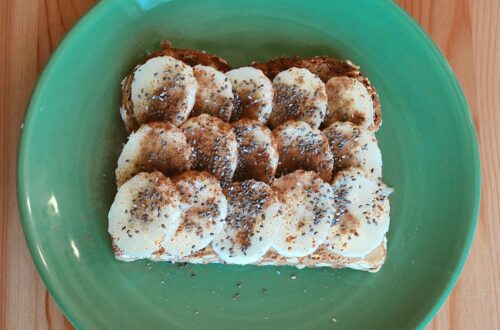 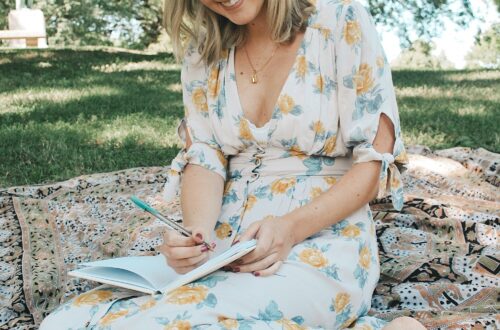 How To Journal for Self Improvement